‘Tis the season for the flu, not to mention the common cold, the annual norovirus outbreak, and some kind of respiratory bug that has people laid up for over a week. Whole departments are getting decimated for weeks at a time, and you may be wondering: how can I avoid getting sick at work? 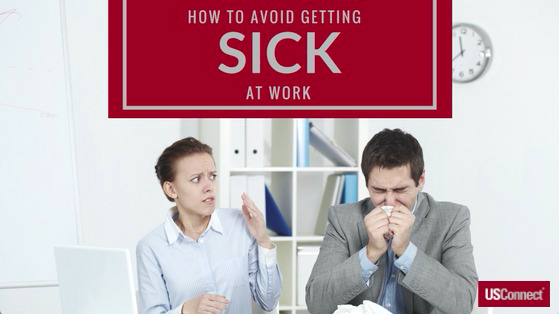 Office spaces can be Petri dishes for the cultivation of viruses. Open-plan spaces, in particular, make it easy for germs to spread. A 2014 MIT study found that coughs and sneezes create a “multiphase, turbulent buoyant cloud,” which allows germ-laden droplets to travel up to 200 times farther than was previously thought. When someone in a cubicle sneezes, a coworker in a cubicle 30 feet away may be the recipient of those germs.

Even in more traditional office spaces, any surface that gets touched frequently is probably a hotbed of germs. Door handles, copier controls, elevator buttons: these surfaces get touched thousands of times a day, often by people harboring viruses or bacteria. Microbiologist Chuck Gerba found cold and flu viruses on about one-third of office surfaces, with the germiest object being the phone.

Despite all the germs that are probably floating around your office, there’s no need to invest in a Haz-Mat suit. Some simple precautions can help significantly reduce your likelihood of getting sick.

When you bite into your sandwich at lunch today, ask yourself: “How far did this food have to travel to get to my desk?” With today’s global logistics, the answer could be more complex than you might think, with some types of food being transported thousands of miles before they are eaten. And consumers—especially millennials—are increasingly concerned with the sustainability of the food they eat. 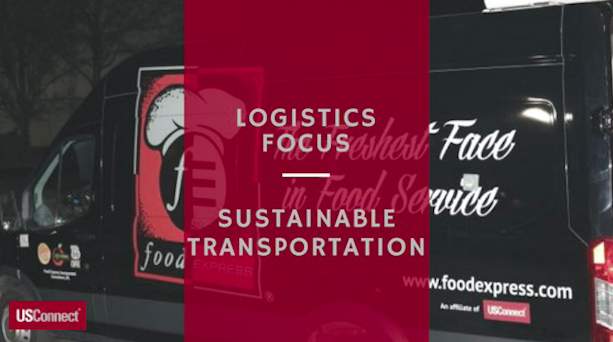 Aside from the health benefits associated with sustainable food choices, making food transportation more sustainable can have an impact on the environment and on world hunger. According to The World Bank:

To help companies make their supply chains greener, the US Environmental Protection Agency (EPA) developed the SmartWay program in 2004. The program, which is completely voluntary, has helped its partners save over 7 billion gallons of fuel, lower fuel costs by $24.9 billion, and reduce carbon emissions by 72.8 million metric tons. SmartWay, which is a public-private partnership among the EPA, state and local governments, and the transportation industry, accomplishes several things:

Look for the SmartWay logo to know that your food is being transported according to the best available efficiency technology and carbon data. 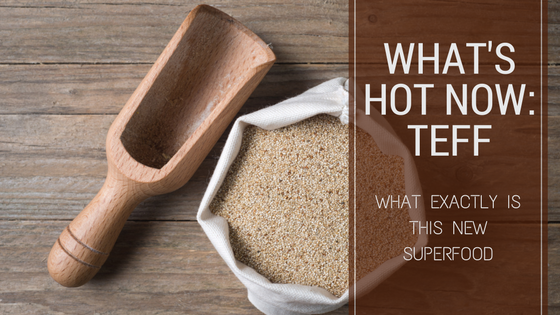 Anyone who has ever tried Ethiopian food has likely eaten injera, the spongy sourdough flatbread that serves as a plate, utensil, and food at the same time. For millennia, people from Ethiopia and other eastern African countries have made this nutritious bread from teff, a tiny grain that has been gaining traction in the United States as the next big superfood.

Whether your family has been eating teff for generations, or you’re trying it for the first time, teff does seem to have significant health benefits, including these:

Teff is tiny—the size of a poppy seed. Its small size has been a boon to semi-nomadic eastern African farmers because a handful can sow a whole field. It can thrive in both droughts and flooded soils, and at elevations up to 3,000 meters. Its versatility and quick growing time (sprouting in 36 hours and ready to harvest in 12 weeks) have contributed to its outsized role in eastern African diets; in Ethiopia alone, it accounts for about 15 percent of all calories consumed.

In the United States, interest in teff has rocketed in recent years. However, until recently, Ethiopia has had a ban on exporting teff, so most of the teff that US consumers use comes from other places, including Idaho, India, and Australia. And many people are using teff in new and exciting ways:  in pancakes, as porridge, and when ground, as a replacement for wheat flour.

Ready to try teff? Check out these recipes, and look for it as an ingredient in items marked as The Right Choice … for a Healthier You™, USConnect’s nutritional guideline program.