Easter has come and gone, but many of us are still finishing up the hard-boiled eggs that the Easter Bunny left. Given this season of rebirth and renewal, it’s a great time to check in on the incredible, edible egg. 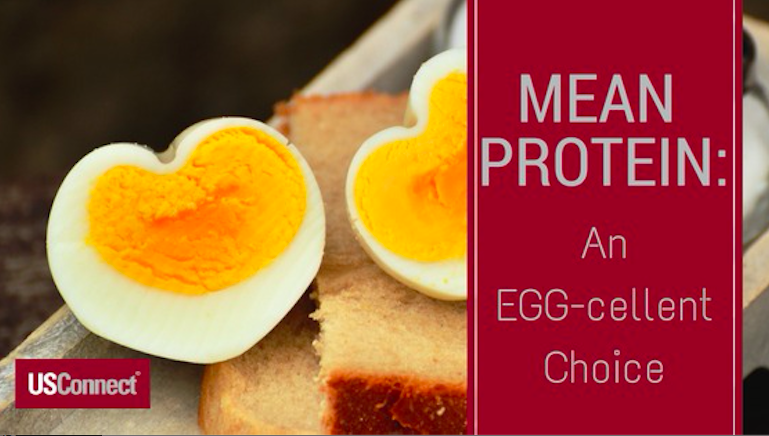 Eggs have been called “the perfect protein.” Going back to prehistoric times, most animal protein required finding, killing, and preparing meat, but gathering eggs just required foraging from inattentive fowl.

Today, a large chicken egg contains six grams of high-quality protein and high levels of iron, lutein, and choline. Eggs contain zero grams of carbohydrates and sugars, and although they do contain five grams of fat and 187 milligrams of cholesterol, multiple studies have found that there is no link between eating an egg a day and the risk of heart disease or stroke.

From a nutritional perspective, there is no difference between brown eggs, white eggs, free-range eggs, cage-free eggs, cruelty-free eggs, or any other kinds of hen eggs. The color of the egg depends on the breed of the hen, and while the size of the egg will have an impact on the nutrition content (e.g., a tiny quail’s egg will have less of everything than a giant duck’s egg), there is effectively no nutritional difference among different types of eggs.

An interesting sociological experiment is to start typing something into Google, and then watch how Google auto-fills your query based on its most popular queries. For instance, typing, “definition of…” yields questions like “definition of democracy,” “definition of fascism,” and “definition of racism.” Seeing the search engine’s most popular searches provides a window into our collective concerns of the moment. 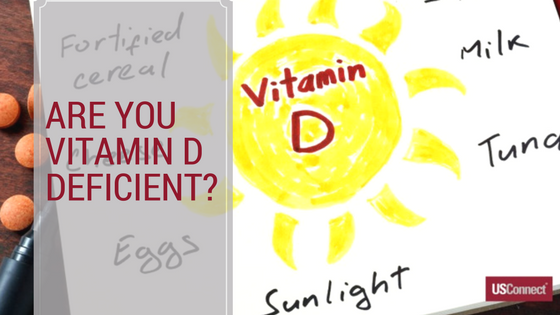 Those who follow nutrition trends will not be surprised, then, that the most popular query when typing “vitamin…” into Google is “Vitamin D.” Ever since a 2008 article in the Molecular Journal of Medicine described responses to the “Vitamin D deficiency pandemic,” a lack of Vitamin D has been blamed for everything from cancer to mood disorders. Doctors and naturopaths have rushed to prescribe Vitamin D supplements, advising dosages as much as four times higher than the recommended daily allowance (RDA), especially for people over 70.

Vitamin D is indeed crucial for overall health. According to the National Institutes for Health (NIH), Vitamin D promotes the absorption of calcium, making it an important part of the body’s fight against osteoporosis and weakening of bones. Extreme Vitamin D deficiency in children causes rickets, which causes serious and sometimes irreversible lack of bone growth and density. According to the Mayo Clinic, Vitamin D sufficiency has been scientifically proven to help prevent the following conditions:

Less conclusively, but still suggestively, Vitamin D sufficiency has also been tied to

A fat-soluble vitamin, Vitamin D is produced by humans naturally when their skin is exposed to the ultraviolet rays of the sun. However, with modern understanding about the dangers of overexposure to the sun’s rays, people have been severely limiting their skin’s exposure to the sun, which has resulted in a reduction of Vitamin D production in their bodies.

To replace this natural source of Vitamin D, many people have turned to nutritional supplements. However, recent studies have shown that Vitamin D supplements, taken on their own, do not improve musculoskeletal outcomes. Instead, reach for one of the few foods that are naturally rich in Vitamin D: fatty fish like salmon or swordfish, beef liver, or egg yolk. Or, since these foods can be hard to come by, especially during the day, try a Vitamin D-fortified product, like most milk and many brands of cereal and orange juice.

Every spring, millions of Jews around the world celebrate Passover, the commemoration of the Jews’ exodus from Egypt. Passover is an eight-day, home-based holiday, where families and friends gather to retell the story of the Jews’ slavery in Egypt and their escape to freedom. Observant Jews eat only “Kosher for Passover” foods for the full eight days of the holiday. 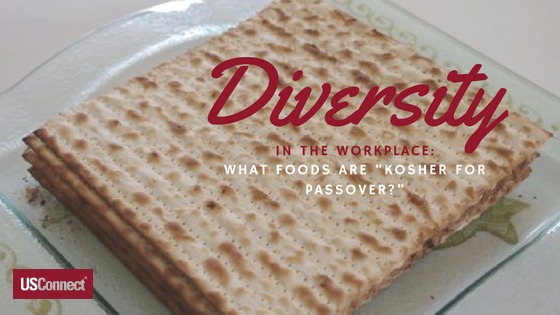 So, what does “Kosher for Passover” mean? According to the story of Exodus, the Pharaoh allowed Jews to leave Egypt, but only if they departed right away. That meant that the women cooking bread for the journey couldn’t wait for the dough to rise; they had to bake it right away—leaving it unleavened. To remember this escape from bondage, observant Jews eat no chametz (leavened bread) for eight days.

According to Chabad.org, chametz  is “any food product made from wheat, barley, rye, oats or spelt that has come into contact with water and been allowed to ferment and ‘rise.’ In practice, just about anything made from these grains—other than Passover matzah, which is carefully controlled to avoid leavening—is to be considered chametz. This includes flour (even before it is mixed with water), cake, cookies, pasta, breads, and items that have chametz as an ingredient (like malt).” The most common non-chametz food item is matzah, a flat unleavened bread.

From a foodservice standpoint, an office that wants to support its observant Jews can start by making sure that nutritional information is readily available for all the food it provides. A simple ingredient check can let people know if a food product contains any chametz (similar to how nutritional information provides important choices for people with food allergies or people watching their salt, fat, or sugar intake). Note that chametz includes most pasta, cookies, crackers, and even beer!

And remember, Passover is closely tied to the Christian holiday of Easter. It is thought that the Last Supper was actually a Passover Seder, and like Easter, Passover celebrates eternal themes of rebirth and renewal.