The 1970s had EST(Erhard Seminar Training—described by psychologists as a large group awareness training program).  The 1980s saw the rise of “The Me Generation.” For the current generation, one of the biggest cultural trends is mindfulness. 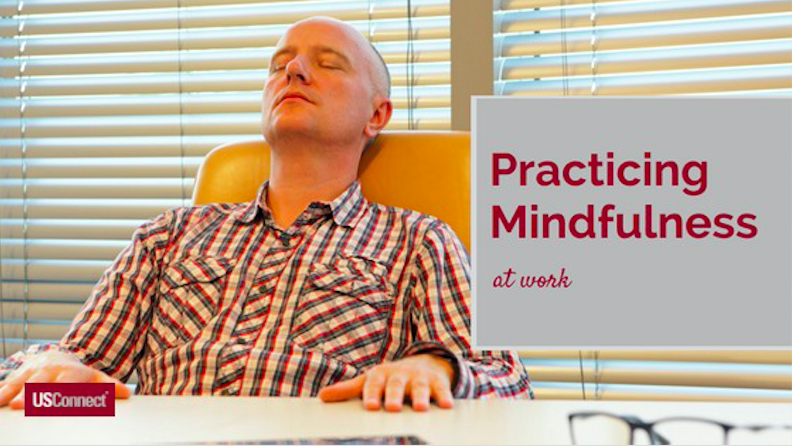 Mindfulness is a state of active, open attention to the present, a state of living “in the moment,” and not being distracted by thoughts about the past or future. Although mindfulness is linked to ancient practices like yoga and meditation, it is only in recent decades that scientific studies are tying mindfulness to improved pain management, increased weight loss, enhanced productivity, and a host of other benefits.

In order to reap the benefits of mindfulness, many companies are starting to implement mindfulness training programs. According to a study from the National Business Group on Health and Fidelity Investments, 22 percent of companies have mindfulness training programs in place, and another 21 percent of companies planned to add such programs in 2017. Although such programs can be costly, the financial benefits of reduced stress and increased productivity could offset those costs very quickly. Companies like General Mills, Google, Harvard, and Apple have used such programs, and their employees report positive impacts like improved decision-making and listening capabilities.

In this digital age, employees are constantly bombarded with requests for their attention and time. And with a post-recession focus on lean business management, companies are having to do more with less, which puts even more demands on each employee. With its focus on … well … focus, mindfulness is a natural tool for reducing stress and increasing productivity in the workplace. It helps employees sort through the clutter and concentrate on what needs to be done. Below are some easy mindfulness strategies to try today:

Increasingly, mindfulness is also being used to promote healthy eating. “Mindful eating” is in some ways more concrete than general mindfulness in that it is the opposite of mindless eating: for instance, like working your way through a bag of potato chips while working without really paying attention to either the chips or the work you’re doing. Mindful eating involves some simple steps liked the following: