Chances are pretty good that like over 40% of other Americans, with the dawn of 2019, you resolved to lose weight, spend less, learn more, or do something to better your life in some way. This list of resolutions is a nearly universal tradition of annual rebirth and revitalization. Sounds good, but how’s that working for you? 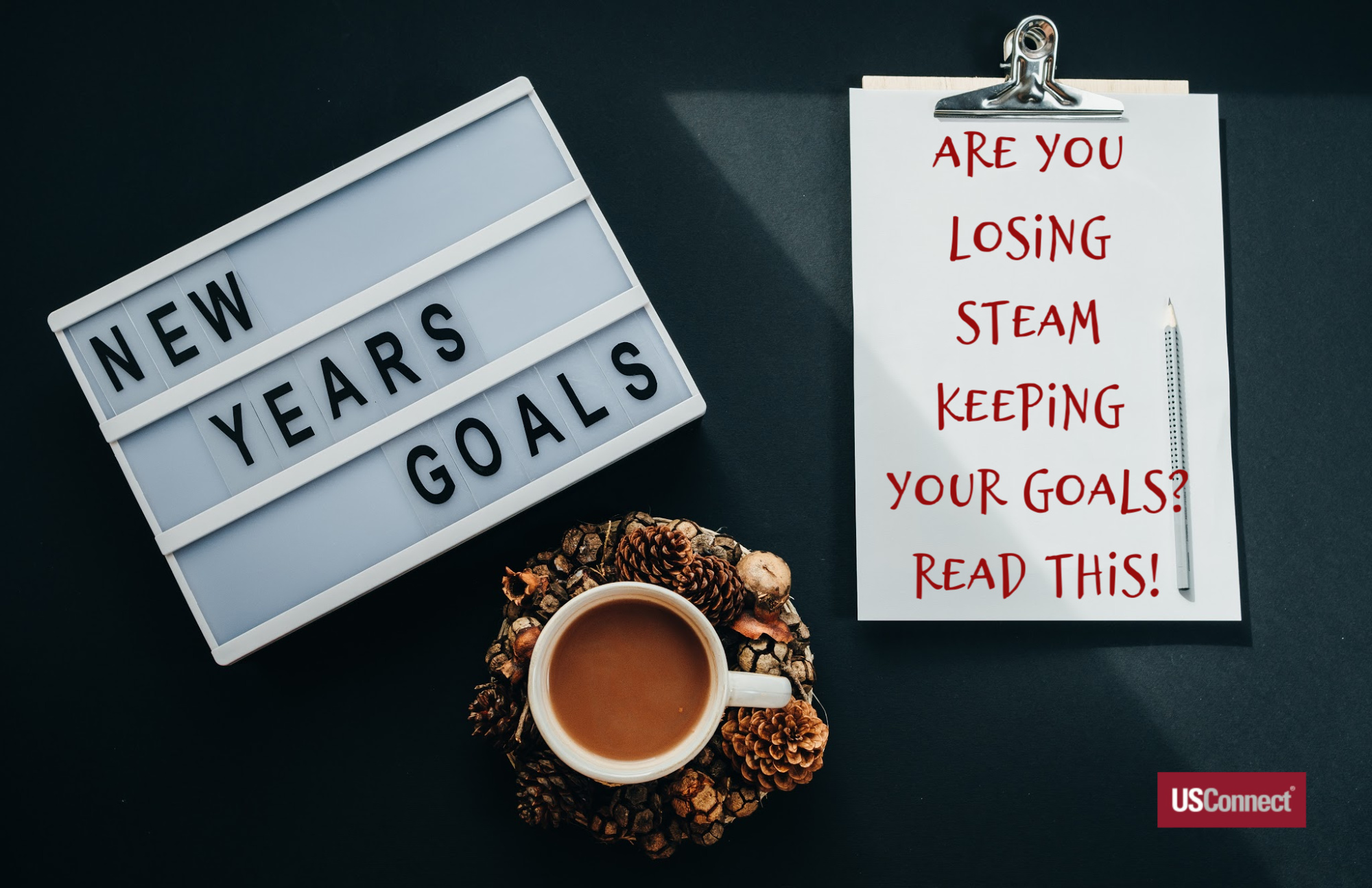 By now, for many of us, our gusto has turned to dust-o. When that alarm beeps at 5 am to remind us it’s time to go running, the bed feels a little warmer and more comfortable than it ever has before. Did you swear off chocolates but then, after realizing you just popped your third truffle into your mouth, decided that it’s too late to turn back and “to heck with those resolutions”? Just finish the box? No way! Come on, you can do this. Everyone is entitled to a mistake or two. Enjoy that truffle; don’t beat yourself up over it, but don’t feel the need to finish off the box. If you fall down, get up and keep going!

So, how do we go about maintaining the excitement and zeal to hold fast to our well- intentioned resolutions? Do many people really make it through to the end of the challenge and succeed, or do most of us just make the resolutions for fun and never really bother with it for very long? Sadly, about 80% of people fail in their resolve by the second week in February, according to U.S. News & World Report.

What is the reason for making our resolutions on New Year’s anyway? When did this whole idea start and why? As it turns out, ancient Babylonians and Romans seem to have started the tradition by making promises to their gods about trying to be better people by returning items they had borrowed and repaying people to whom they owed money. The early medieval knights vowed to remain chivalrous while Christians sought forgiveness through prayer and made resolutions about living more holy lives.

The tradition of making New Year’s resolutions still has a place in current religious practice, not only remaining a practice among many Christians, but also during Rosh Hashanah, the Jewish New Year, which finds its faithful reflecting upon their actions over the previous year and seeking forgiveness for their sins.

The tradition is very much rooted in religious beliefs and has been sustained through the ages as humans forever aspire to be better than they are. It is a noble desire, and each year, there are always those who do find success in reaching their goals. Do not fool yourself into thinking that just because many people give up, it is an unworthy goal or a waste of time or effort. On the contrary, if you do it right from the very start, you’ve got this. And the cliché that anything worth having is worth fighting for, well, that is a life truth.

So, what does it take to keep the flame burning and not giving up on those promises we make to ourselves? We’ll dive into that in part 2 of this article!

You had a healthy breakfast, a salad at lunch… but now it’s 4:00, and all you can think about is a candy bar.  How are you going to keep your New Year’s resolutions at work?

First, make sure you’re listening to your body.  Are you just in the routine of having a snack at the same time every day?  Take a walk down the hall to visit a coworker, and be sure to drink plenty of water during the day.

Still hungry? In that case, it’s time to make some good snack choices.  Experts say that choosing a snack that combines a protein and a carbohydrate will make you feel satisfied and give you more energy.  Nuts are a good choice because they contain fat, fiber, and protein and will leave you feeling less hungry. They also contain Vitamin E and omega-3s, which are good for your heart. Trail mix, crackers with peanut butter, or a salad with nuts are all good ways to get nuts into your diet. Other healthy snack options are hummus and vegetables or Greek yogurt (because it’s higher in protein than regular yogurt).

Or, swap out your old afternoon snack for something new. Instead of a Pop Tart, try a granola bar—it has less sugar, and more fiber and protein. Baked chips or pretzels don’t have the fat of regular chips, but still hit that salty craving.  Sunflower seeds or nuts have healthy fats that your body actually needs, instead of trans fats.

Tomorrow, plan to avoid that afternoon craving altogether by making better choices earlier in the day.  A lunch with lean protein and fiber can provide fuel for the whole afternoon. Choose a turkey sandwich on whole wheat bread, or a salad with grilled chicken, and you may find yourself powering through the rest of the workday.