Holiday office gifts—whether a novelty mug of candy for a cubicle-mate or a lavish corporate gift basket—tend to rely heavily on unhealthy holiday treats. Chocolate kisses, homemade baked goods, smoked sausage: these delicious gifts can derail even the most determined healthy eater. 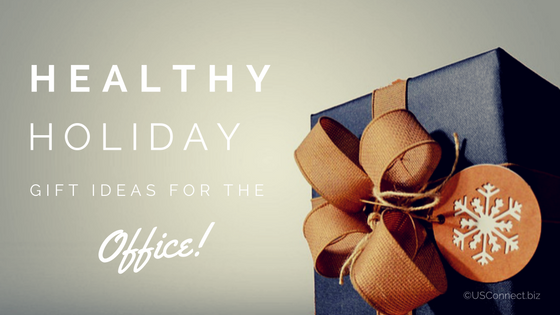 While most people enjoy a gourmet goodie once in a while, the holiday season tends to see an excess of unhealthy food. When giving office gifts this year, why not help colleagues stay healthy with these gift ideas?

From a very early age, many Americans are trained to see vegetables as a necessary evil: a food that’s healthy but boring, that provides important nutrients but is a chore to eat. Maybe that’s why there are so many products that claim to provide healthy vegetables without the sense of fulfilling an onerous duty. This is a good rule of thumb when it comes to food (and everything else, for that matter): if it seems too good to be true, it probably is. Here are a few foods that might make you think you’re getting your veggies but really don’t provide much nutritional benefit.

If you throw handfuls of spinach or kale into your homemade smoothie, you’re definitely getting those good antioxidants and nutrients. Some bottled green juices, however, don’t provide nearly the nutrients their color might suggest, and many make their drinks more palatable by adding over 20 grams of sugar. To get the most out of bottled green juices, look for ones that are cold-pressed, not pasteurized. Pasteurizing involves heating the juice to remove bacteria and mold, which is a good thing, but the process also removes many of the important nutrients that the vegetables would have offered.

Green pasta: it must be healthy, right? Wrong! Most of the time, spinach or other veggie pasta only has enough vegetable matter to change its color, not enough to give you added nutrients. Most veggie pasta is made of business-as-usual white flour with some ground vegetable flour thrown in. The calorie and carbohydrate counts are rarely much lower than white pasta, and the nutrient count is rarely much higher. A better choice? 100% whole grain pasta with some fresh veggies.

Fermented beverages at work? Sure, but not the alcoholic kind. Kombucha, a fermented black tea and sugar beverage, is all the rage among many health-seekers and trend-followers.

(symbiotic culture of bacteria and yeast), which forms a mushroom-like pancake on top of the tea during the fermentation process. The yeast eats the sugar, and the bacteria work with the enzymes in the tea, creating a fizzy, sweet-and-sour drink in about ten days. The beverage can then be bottled and sold, although many people enjoy making their own.

Kombucha is usually made with black tea, although green tea works as well and makes a lighter brew. Many Kombuchas are infused with fruits or herbs, giving them a wide range of flavors. Although the taste can be startling at first, many people enjoy the tangy, effervescent flavor. The fermentation process generally results in alcohol contents of under .5%. However, sometimes fermentation can continue in the bottle, resulting in higher alcohol levels: up to 3%! Some bottled Kombucha was recalled in 2010 until manufacturing changes could address this problem.

As is common with food trends, many people are hailing Kombucha as a wonder drink, a panacea for everything from cancer to the effects of aging. Indeed, the fermentation process does create probiotics, which have been shown to help with digestion. It also creates antioxidants, which some claim can help boost the immune system. However, evidence for these claims is anecdotal, with no scientific evidence to back them up.

Although bottled Kombucha is generally safe for non-immunocompromised people, the “brew-your-own” method has some risks associated with it. The primary problem is that the exact properties of the final drink are difficult to control, so different batches will have different attributes. In 1995, two women were hospitalized with excessive lactic acid after drinking Kombucha from the same SCOBY for two months. Although a definitive link to the home-brewed Kombucha was never proven, the FDA issued a warning about the beverage. Further, the fermentation process is vulnerable to contamination under non-sterile conditions. Dangerous molds can enter the beverage, which would not harm a healthy person drinking a small amount, but could be fatal to someone with a compromised immune system.

While the scientists work out the details of home-brewing Kombucha, you might be better off trying it in a bottle first. It has less sugar than soda, and the tangy flavor makes a nice change. Cheers!