January is Hot Tea Month, and what better time of year to sit back with a nice hot “cuppa” your favorite infusion? With many health benefits, tea is one of the world’s most universally enjoyed drinks. And with the increasing globalization of food and beverage trends, you can explore some of the world’s tea traditions at your own desk. 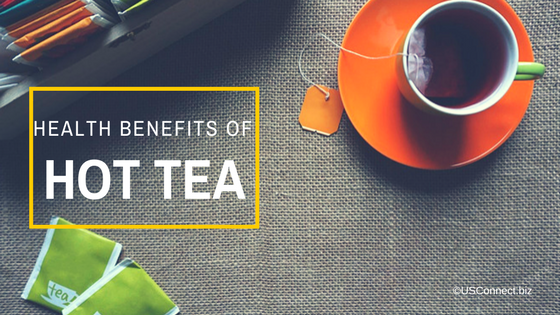 Britain: American colonists protested the British tax on tea by dumping a shipload of it into Boston Harbor. Now, over 200 years later, Americans still prefer coffee to tea, while Great Britain remains a predominantly tea-drinking nation. Most Brits prefer a standard black tea like PG Tips, but for a more refined taste, try Earl Grey, English Breakfast, or Prince of Wales.

Morocco: Healthy and refreshing, Moroccan Maghrebi mint tea (also known as Touareg) involves pouring hot brewed green tea over fresh spearmint leaves and adding sugar. According to tradition, hosts serve three glasses of tea to guests: “The first glass is as bitter as life; the second glass is as strong as love; the third glass is as gentle as death.”

South Africa: Rooibos (or Redbush) tea is actually an herbal tea brewed from the leaves of the rooibos plant. It has a distinctive red color and a sweet and fruity flavor that derives from the post-harvest fermentation process. Like many teas, Rooibos is high in antioxidants, and its supporters cite properties that fight cancer, promote heart health, and prevent diabetes.

Argentina: If you happen to have a dried calabash gourd hanging around, you can re-create the South American tradition of drinking Yerba Mate, brewed from the South American rainforest holly tree. This naturally caffeinated beverage is served in a gourd (or a gourd-shaped cup) and passed around among friends to drink with a straining straw called a bombilla.

Tibet: Want to try something really exotic? Try Tibetan po cha, or butter tea. Traditionally, Tibetans brewed black tea for hours before blending it with yak butter, milk, and salt. The hot tea is warming in the cold Himalayan mountain air, and the salt likely helps counter the dehydrating effects of high-altitude living.